Travelling in Greece is Safe? The tranquility of Santorini is waiting for you.

Greece was the scene of riots and subjected to harsh austerity measures. “Making the end of Greece” was the nightmare of all countries affected by the crisis and think that until recently the same sentence could be an omen: a land of culture, the cradle of civilization, a destination for tourism and happy oasis. The recent media coverage has undoubtedly damaged the country also and especially from the tourism point of view. According to a recent report of Kathemerini, a greek newspaper, bookings for the holiday island of Santorini from Germany declined by 20-30%.

The fear seems absolutely groundless, however, safety is ensured for tourists if you think that the protests in the center of Athens took place in a very narrow, outside the parliament buildings, and remembers that Greece has always been a very safe country to visit, so that in many of the islands people are not even close the doors, the Greek culture presents many traits common to our southern culture. As in Italy, the United Kingdom, Spain, Europe and other countries in the world, tourists may be affected by transport strikes, which in most cases are known in advance, or archaeological sites. If you are unlucky it is important to provide a different travel plan, reorganizing without getting caught by anxiety: the Greek people is, as always, proud to welcome visitors and help tourists to spend a good holiday, advising them on how avoid any problems.

Above all, the riots have absolutely involved and island resorts, the irresponsibility of the media to portray Greece as a whole has created fear and confusion among the public. However, the numbers on an international level were found to be stable or rising in 2011, thanks to a larger number of tourists from China and the former Soviet Union.

Prices are falling, especially in Athens, many hotels do special offers and even airlines are offering cheap flights to Greece, which is therefore not only a safe place to visit but also a great value for money. The island of Santorini in particular is a quiet, without any special risks or hazards to report. For the Greek islands is as good as it could be said of Sharm el Sheik and disorders of Cairo, for those who have had the pleasure of visiting the Sinai Peninsula has to understand that wars and revolutions do not touch that place of peace … 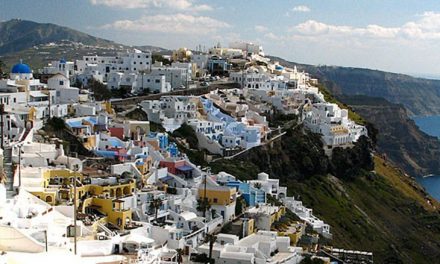 Santorini: sustainable architecture and art of the human genius 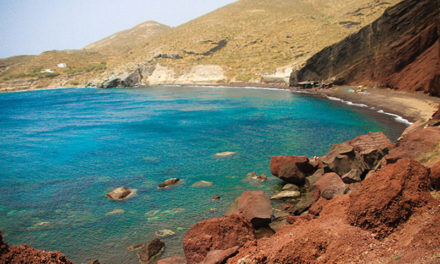 Where to stay in Santorini: top 5 best locations 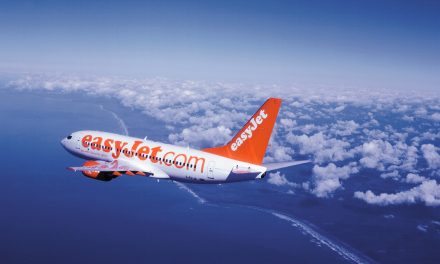 Santorini Low Cost: how to spend less in the luxury island